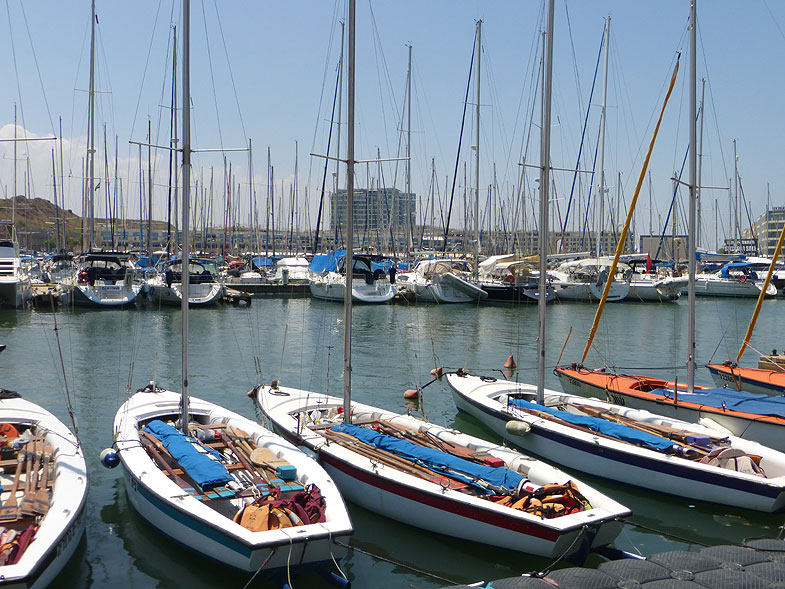 Herzliya is located on the Mediterranean coast, between Tel Aviv and Netanya. She received her name in honor of Theodor Herzl.

Herzliya was founded by American Jews in 1924. Its first inhabitants were engaged in agriculture.

In 1960, Herzliya received the status of a city.

Herzliya has a harbor and a local airport.

The city is located on the site of the Greek port city of Apollonia, which existed here in the 10th-13th centuries.

Herzliya is a resort town and tourist center with hotels and beautiful beaches.

Herzliya is famous for its yacht club, located in the resort area of ??the city. There are also restaurants and tennis courts.

There are many beautiful yachts in Herzliya harbor. It is the largest marina in the Middle East.

Herzliya marina is located next to the hotel "Daniel Herzliya." There is a large luxury shopping center and many cafes and restaurants.

The maritime zone in Herzliya stretches for six kilometers.

On the beach are diving clubs, where they teach scuba divers.

In the summer of the Herzliya marina concerts, fairs, sports competitions and dancing evenings are held.


City streets and attractions near the city:

City streets and attractions near the city:

Israeli Settlements in Judea and Samaria

Religious Cities and Villages of Israel

Distances between Cities and Villages

The Health Care System in Israel

Hospitals and Medical Centers in Israel

Cities and Villages of Israel

Traveling in the Holy Land

The Antiquities of the Land of Israel